We are still in the same area of Texas, we just moved a few miles up Highway 90 to Seminal State Park, we visited the park on Sat. and took a guided hike, we liked the park so much we decided to spend a few days here. The wind is really blowing again today but at 3:00 in the afternoon its 70 degrees. Due to the wind we thought doing some touring in the car would be fun and we drove into Langtry Texas. Langtry is the town that Judge Roy Bean lived and died in. It’s not much of a town but the Texas Dept. 0f Transportation Visitors Center has the original home (the opera house) of Judge Roy Bean, his tavern and pool hall perfectly restored along with a beautiful cactus garden on the grounds.
We are so close to the border that you can see Mexico right across the Rio Grande Rich took some photos of the confluence of the Pecos and Rio Grande Rivers with Mexico in the background. 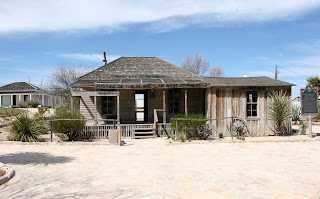 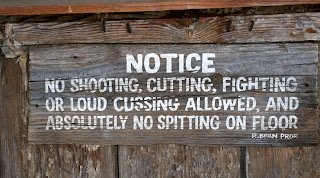 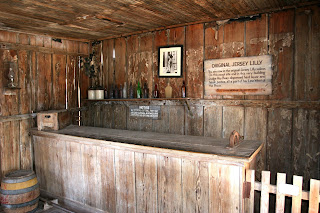 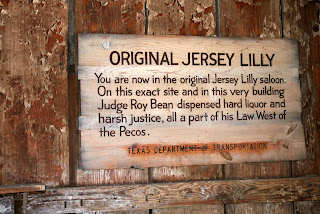 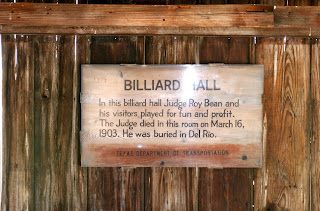 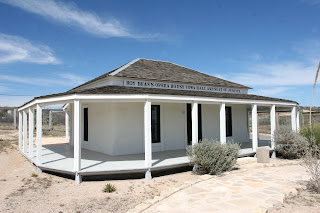 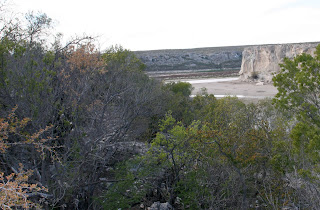 Looking across the Rio Grande at Mexico 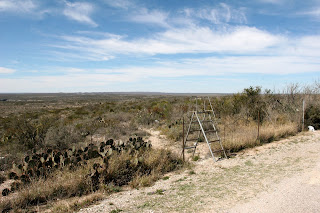 Not quite sure about that border crossing 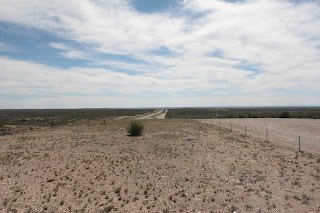 200 miles of the same for our next stop

We got started about 10:00 today and headed out to the desert. The weatherman called for strong winds today and this evening, however so far it hasn’t been bad at all. Again the morning started out chilly but warmed up quickly. We are staying at a national recreational area that has four separate camping areas around a large (mostly dry) reservoir. The camp ground we are in only has five camp sites and there is only one other site taken besides ours. There is no electric or water and of course we have no cell service.

We took a short walk into the desert and found a herd of goats. These are the goats with large horns; I didn’t have the right lens with me so I’ll try tomorrow and see if I can get some pictures. I don’t know if these are free range goats or what as there are no fences and we haven’t seen anything that looks like private property.   We also saw what we think was a vermilion flycatcher. A very beautiful bright red and black bird, again no picture but will try tomorrow.
It’s a beautiful warm evening with what looks to be a full moon.

If we had not planned on spending the day here already we would have by now. There is no way I am going to drive the RV in this wind. It is blowing constantly at 50 miles per hour.  It has been this way all day and even though it’s 60 degrees it’s too windy to do much of anything outside. We did manage a short walk in the afternoon and spoke to a ranger that was out checking the remote camping areas. The camp we are in is a least a half mile from water, he told us that water was right up to the campgrounds in 2010. He said because more than half the reservoir is in Mexico the Mexicans have been draining the reservoir for their irrigation. This area desperately needs rain.

Today we woke up to 36 degrees it was a tossup as far as who was going to get up and turn on the furnace, Richard lost again. The day ended up slightly overcast but warmed up quickly to about 65degrees. We are the only people in this park for the last two days, it’s very quite.

This afternoon we went for a long walk in the area that used to be part of the lake and I found some interesting rocks, Joe will have to dust off his geology books because these are pretty cool.  Richard got some very nice pictures of the goats that graze in the area and a beautiful little Vermillion Flycatcher. We haven’t seen an Armadillo yet but I did find the shell of one, they are a lot larger than I thought.

This evening Richard grilled some steaks on the BBQ and we are having a relaxing time listening to a Texas radio station called Outlaw Radio, we are starting too really like Texas Country music. This is our last night, at Amistad National Recreational Park, we really enjoyed the area, especially paying only $2.00 a night to camp, tomorrow we are headed to Seminole State Park for a couple of days. 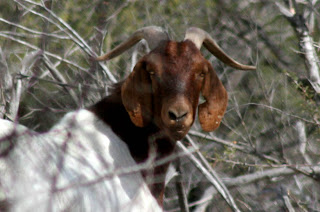 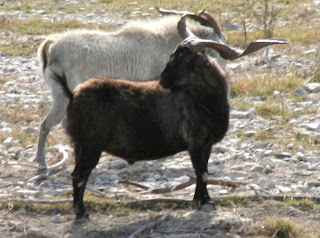 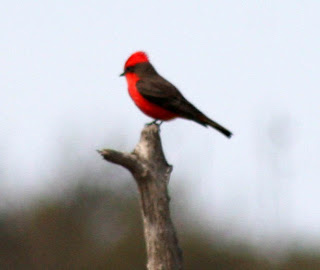 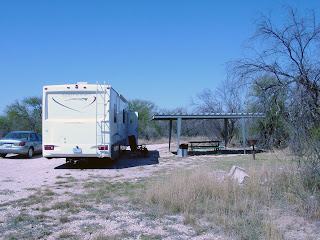 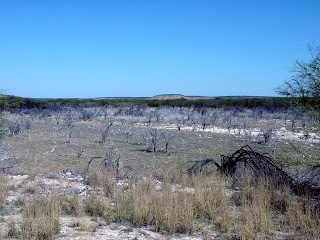