The day started out as any other day, watch the morning news and a couple cups of coffee. Because we are moving down to the coast tomorrow we decided today we would head back to Mobile and explore more of the area.

We needed to find a Post Office, a Walmart and we wanted to find a Goodwill store. The Post Office was to mail a birthday card, the Walmart was for some groceries and we wanted to find a Goodwill Store to donate our old coffee maker. The coffee maker works fine it’s just slower then we prefer. We found the P.O. and Walmart right away and then drove halfway across town, following directions from the GPS, only to find that the Goodwill had closed or moved.  So we are hauling the coffee maker around in the back of the jeep.

We drove through the old section of Mobile which is a wonder preserved area with unique stores and shops. Right along the bay on the south side of town is Battleship Memorial Park.  The park opened in 1965 and is dedicated to honoring all Alabama Veterans who have participated in all conflicts of the United States Armed Forces. 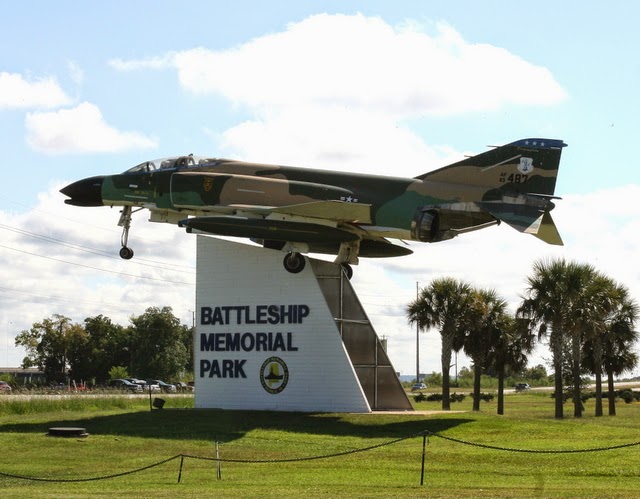 Your ticket admits you to tour the Battleship Alabama, the Submarine USS Drum and the Aircraft Pavilion. The tours were very interesting and we really enjoyed the time spent. While my boots were on the ground during my service time I have a new appreciation for those that served on ships and submarines. 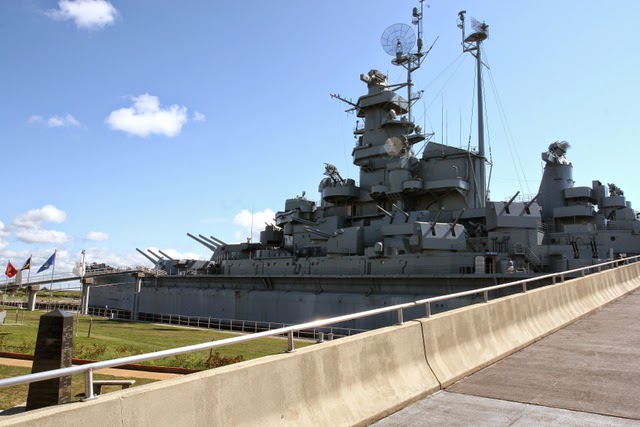 Here are a few facts and random pictures we took while aboard the Battleship Alabama.
Her assigned crew was 127 officers, and 2,205 enlisted.
She is registered at 35,000 tons (70 million pounds)
She earned 9 Battle Stars, and shot down 22 enemy airplanes during World War II
Her large guns are nine 16"/45cal on three main turrets that are accurate to 21 miles. 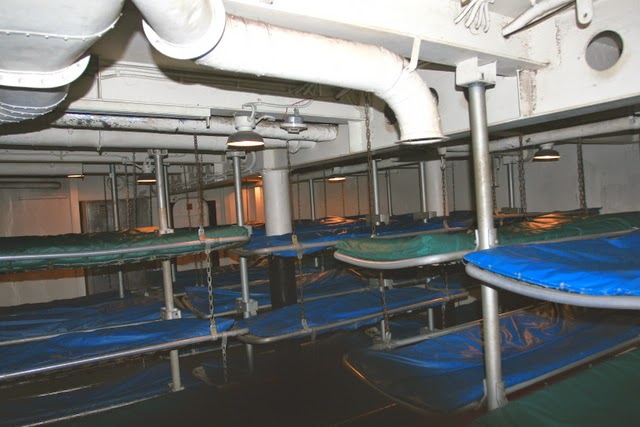 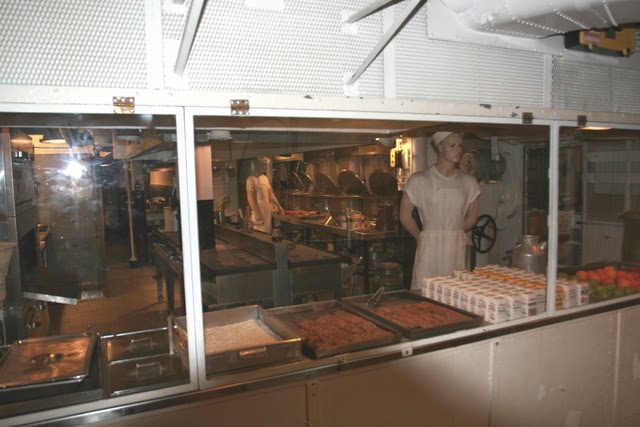 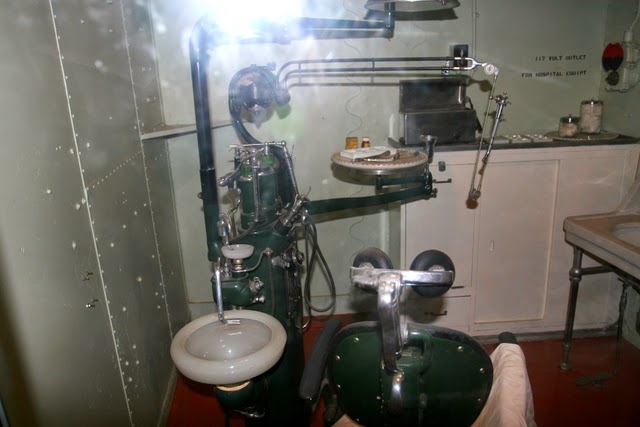 On board Dentist office 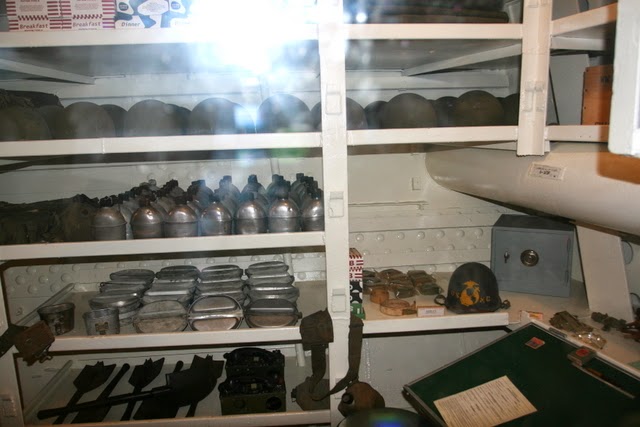 Marines assigned had their own area aboard the ship. This was their supply room 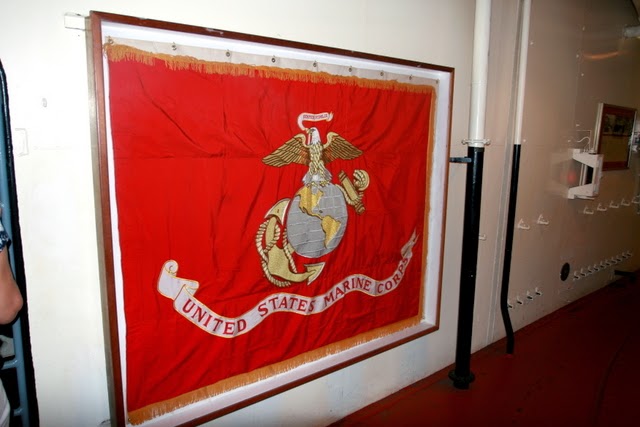 Entrance to the Marine area 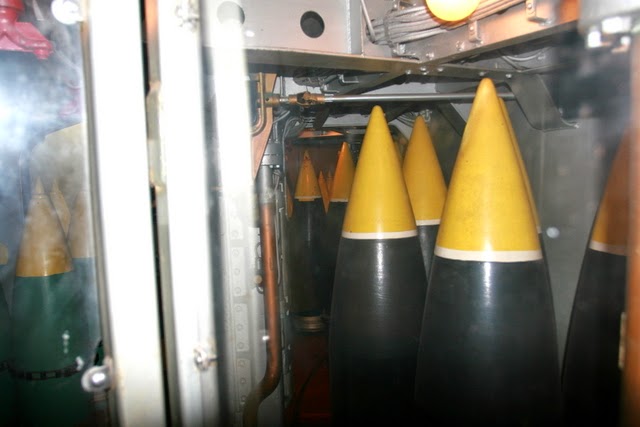 Some of the armament 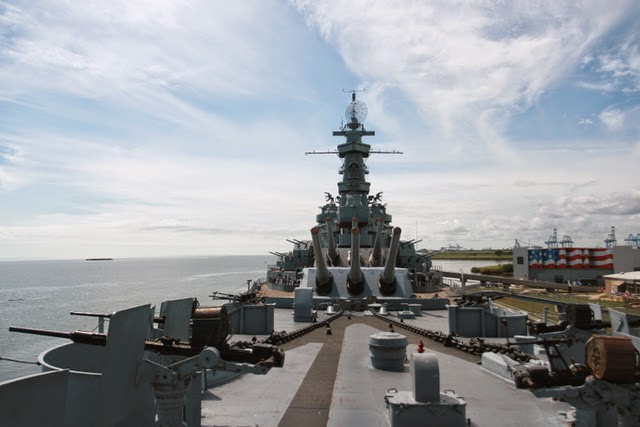 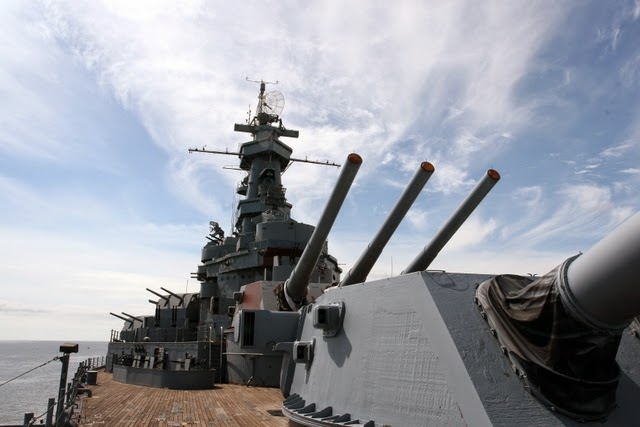 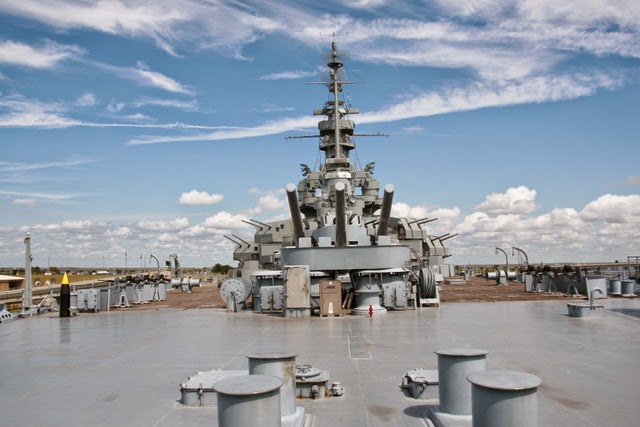 Random facts and photos from the Submarine USS Drum

Commissioned in 1941. The ship is 311 feet long with a width of 27feet.
Crew consisted of 7 officers and 65 enlisted men.
She earned 12 Battle Stars during World War II 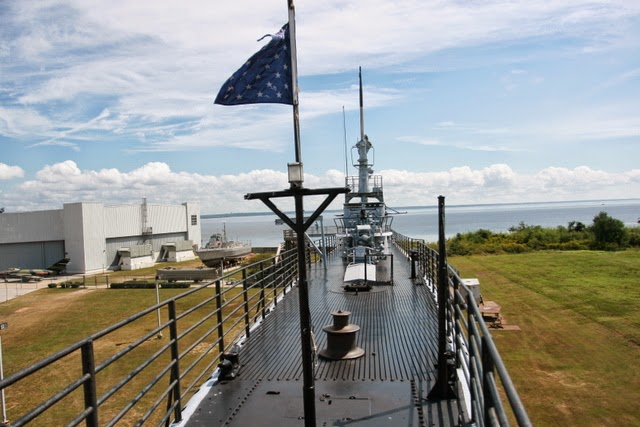 From the deck before going down below 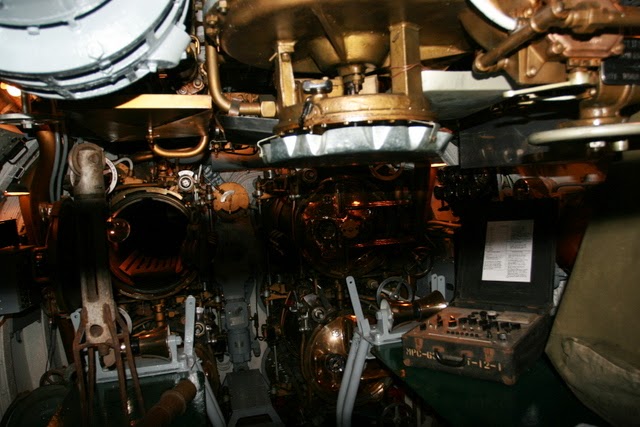 What is all this? 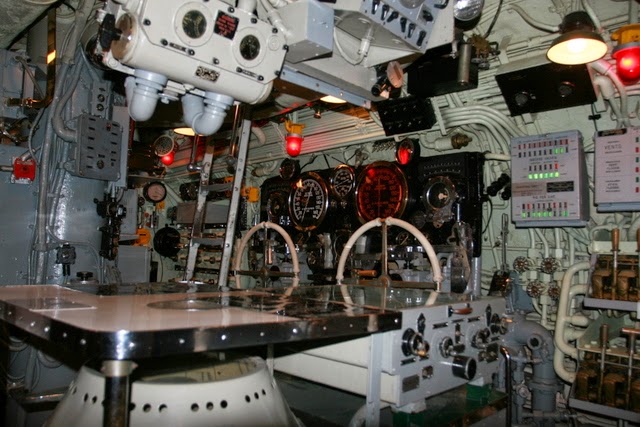 This is where the Captain hangs out 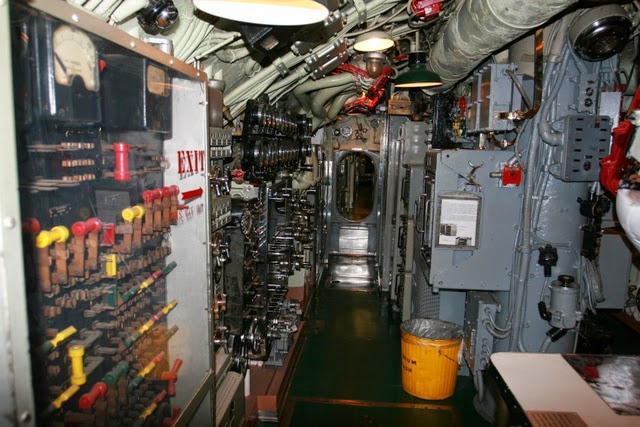 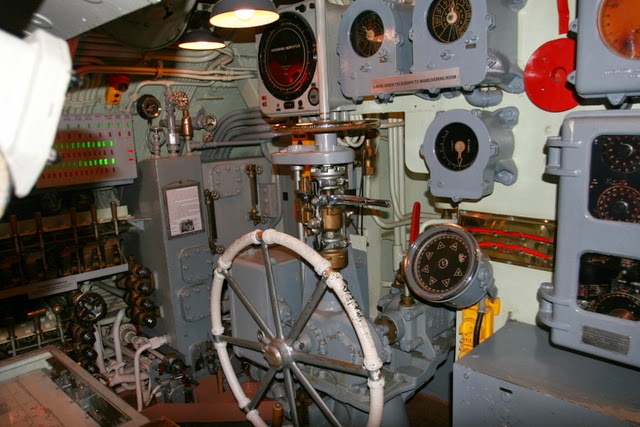 This is where you steer this thing 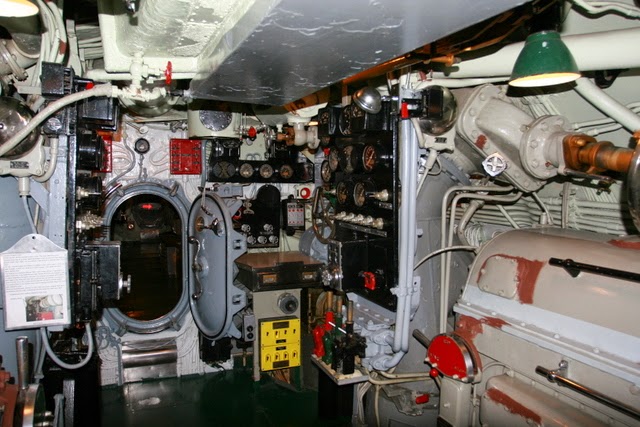 Getting through these narrow hatches was not an easy task 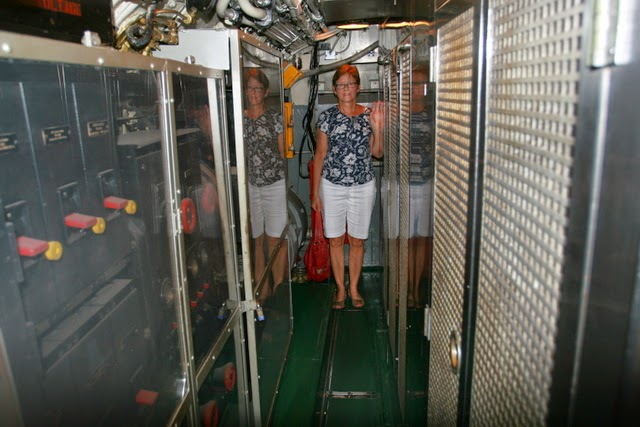 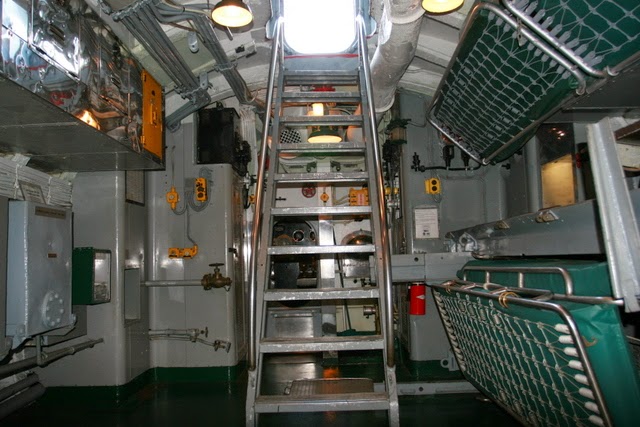 Finally up and out 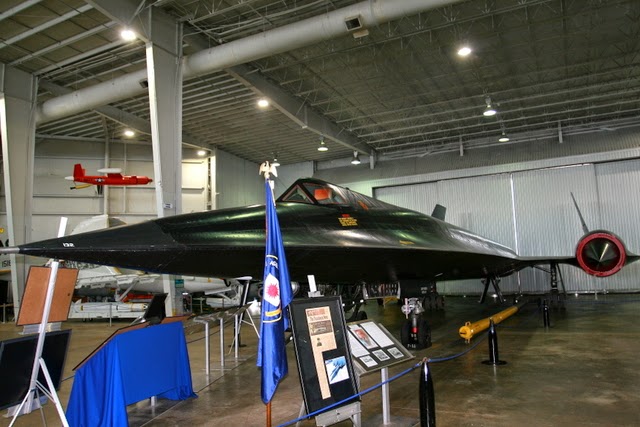 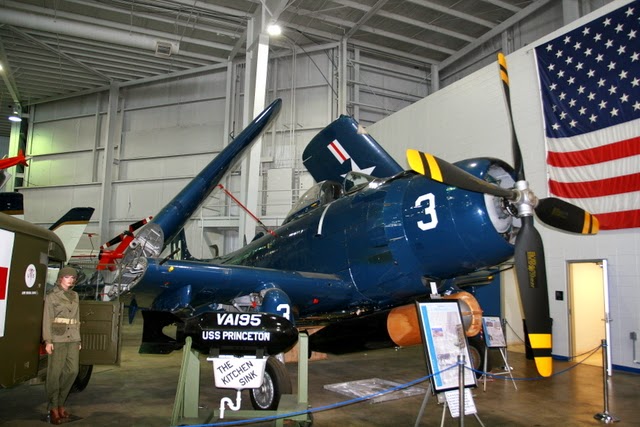 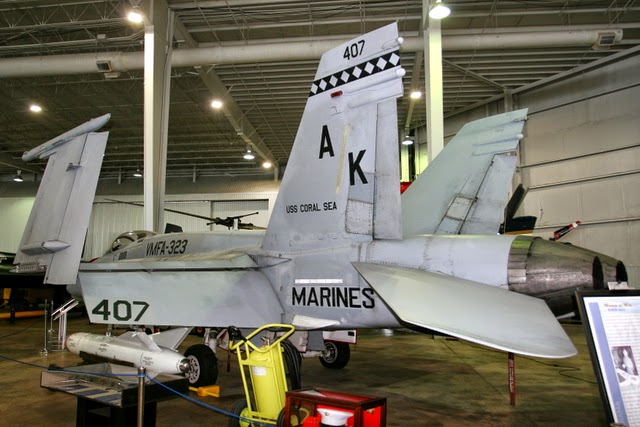 On our way home we stopped in the town of Fairhope and visited the pier and fountain in the town center. 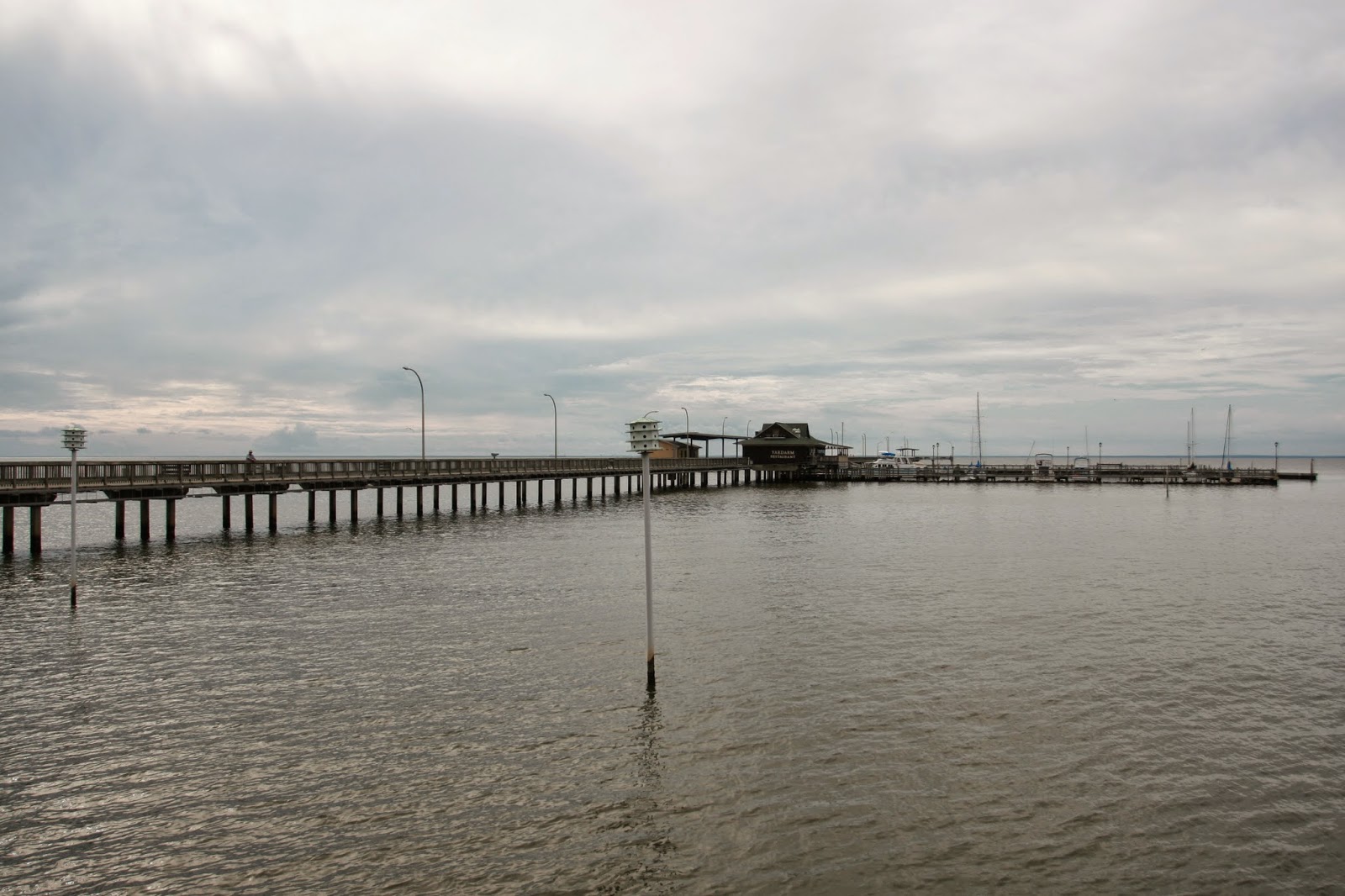 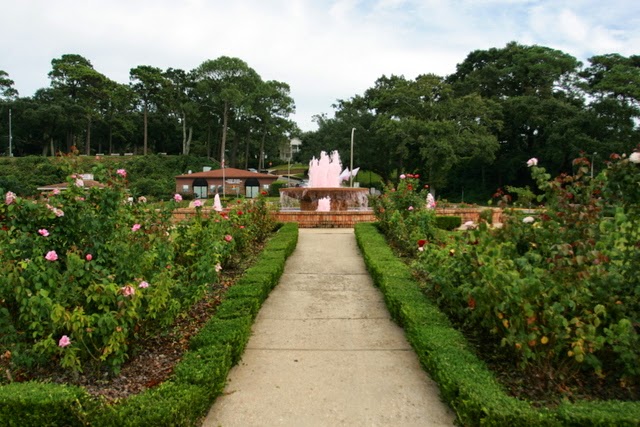 Posted by Richard at 9:27 AM No comments: