We're hoping for mid 70's today and by the looks and feel of it now we will have no problem making that. The sky is clear and the sun is out and warming quickly.

Today was the Hells Angles Prison Run to honor their brothers who are incarcerated in the prison here. The place was crawling with bikes and police. We are situated on the road that held the rally and we were pretty much restricted to our campground unless we took a major detour. It was like a mini Sturges.

Today we went to the town of Coolidge AZ where the Casa Grande National Monument is located. We saw a informative movie and a guided tour of the monument. The tour was very informative in that we learned how the ancient people built their homes and in this case the grand building (Casa Grande) that no one is sure of it's actual purpose but only speculation.

While so much of the nation is facing another artic blast they are calling for record heat here by the weeks end. Again I'm only reporting, don't shoot the messenger. 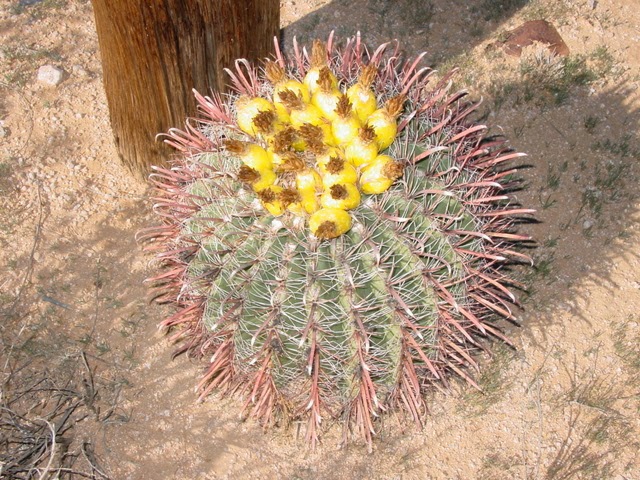 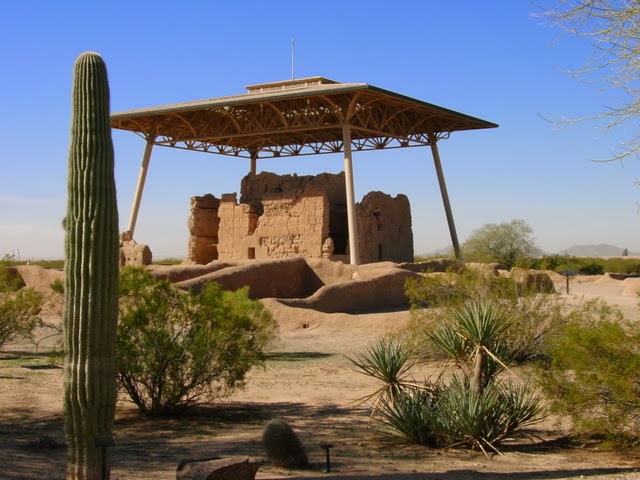 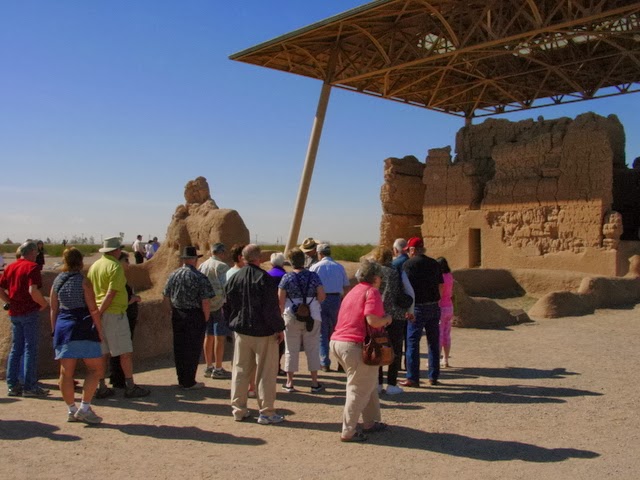 Part of the tour 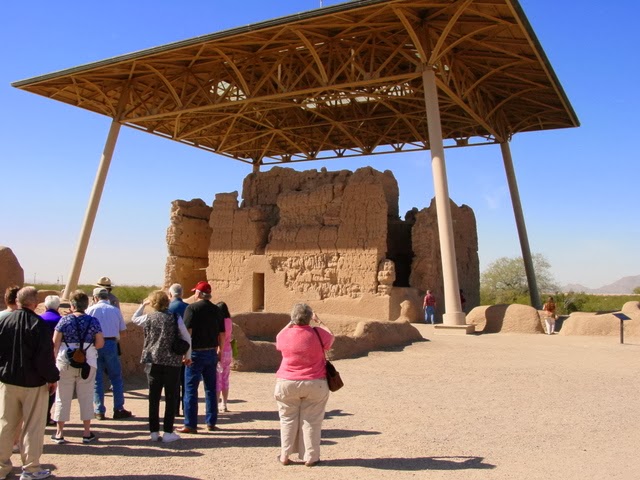 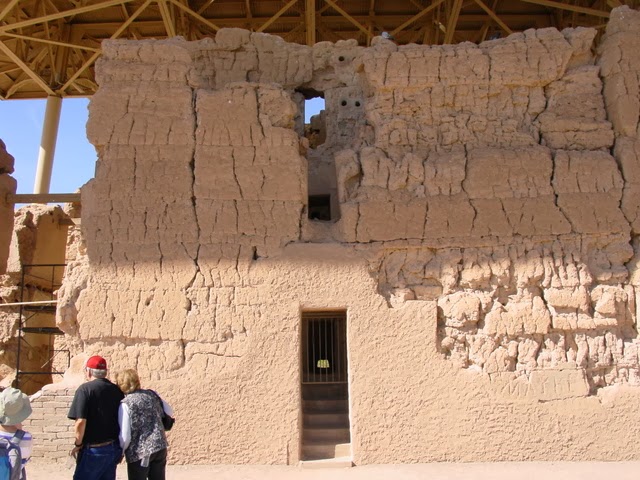 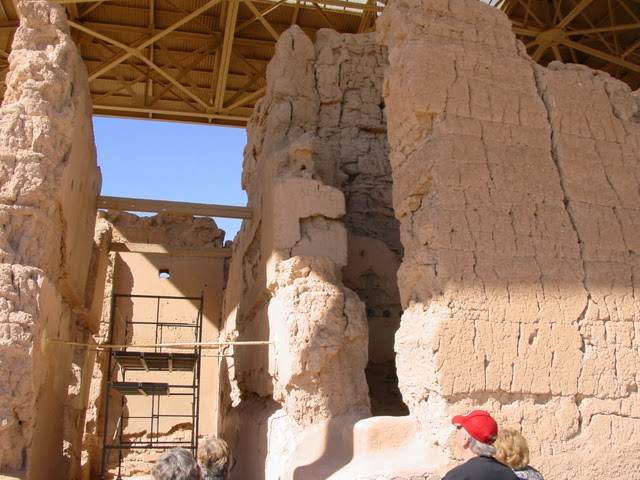 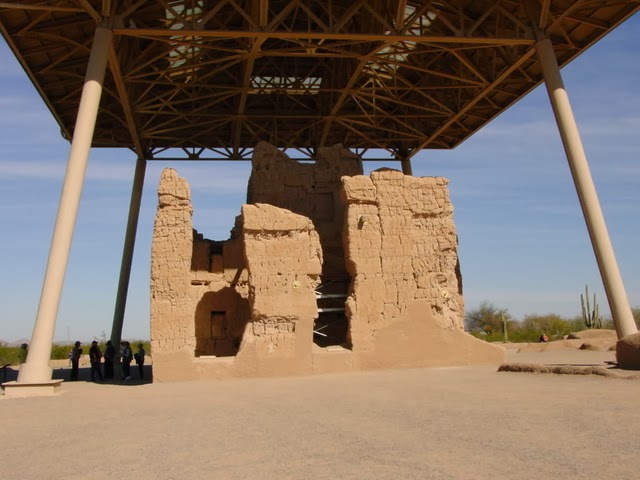 Posted by Richard at 8:13 PM No comments: