The regional park that we are staying at has an archery range that is described as Arizona’s premier outdoor facility and only one of the only Five-Star rated range in the Western United States. Amenities include 4 miles of trails around four separate trails. A couple practice ranges, a2D range and a 3D range. It was really impressive. Steve and Chloe would really enjoy this range. 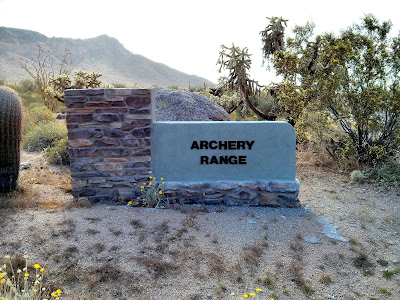 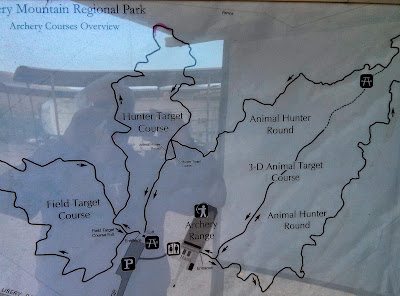 Part of the course 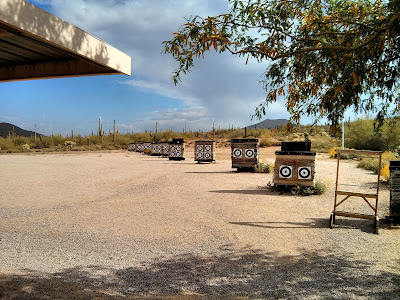 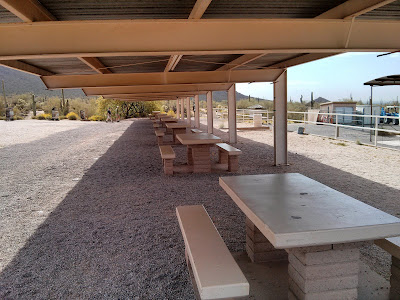 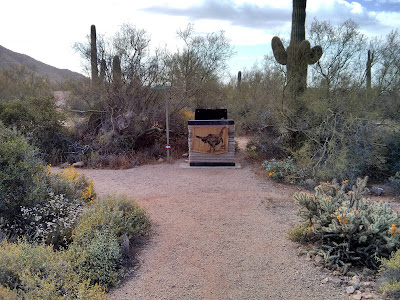 Targets on the 2D range 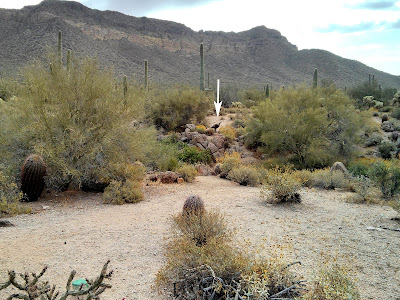 Targets along the 3D range 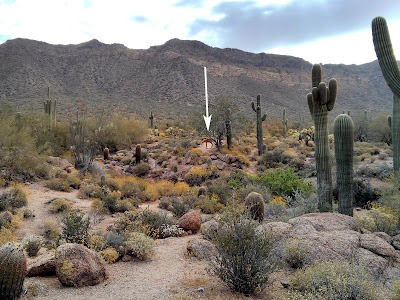 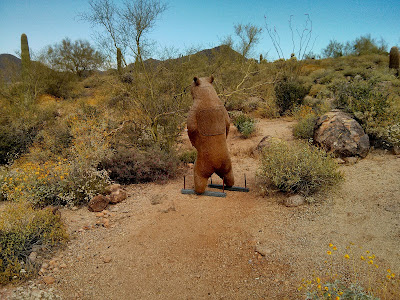 Close up of a five foot 3D target


Later in the day we headed into Apache Junction. Apache Junction Arizona is home to the Superstition     Mountains with the Lost Dutchman’s Gold Mine on the east, Bulldog recreation area on the north, and the city of Mesa on the west. Goldfield Ghost Town, a popular tourist spot preserved from former prospecting days, nestles near the western face of Superstition Mountains. We had to stop and see the ghost town, and

although there were some very old and interesting antiques remaining from the boom mining days, it is still a typical tourist area. 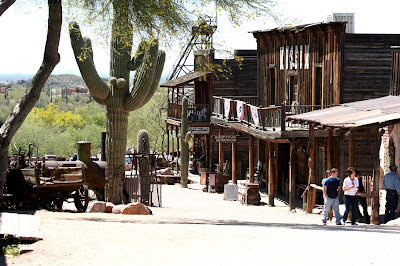 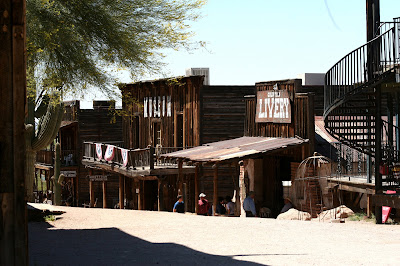 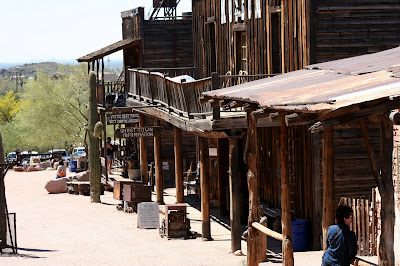 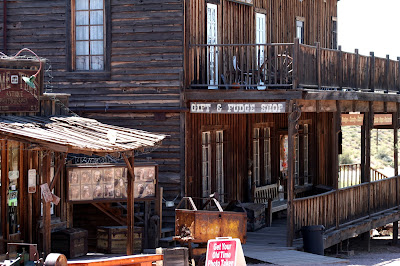 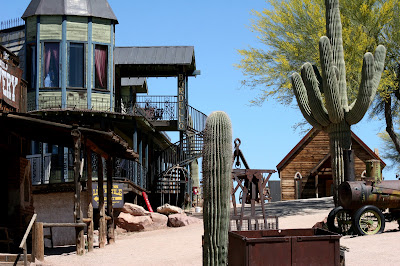 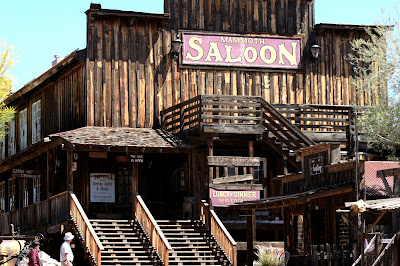 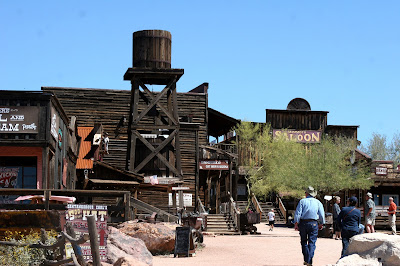 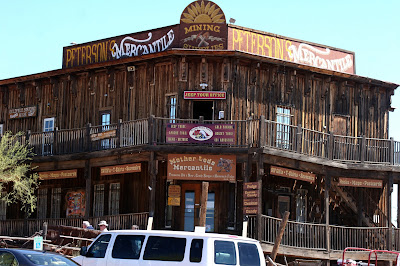 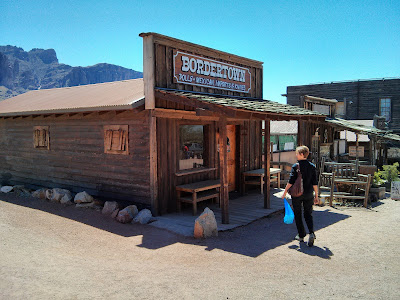 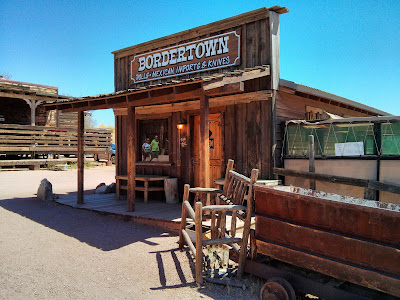 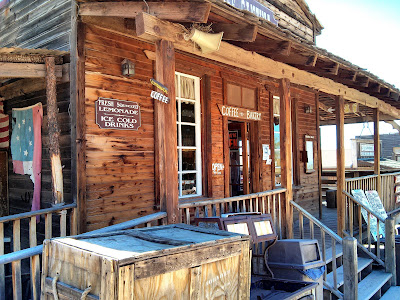 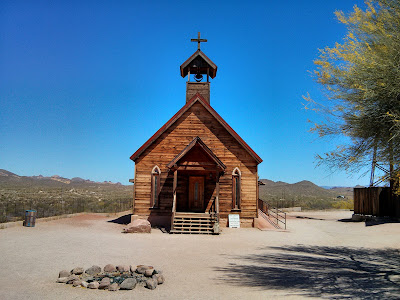 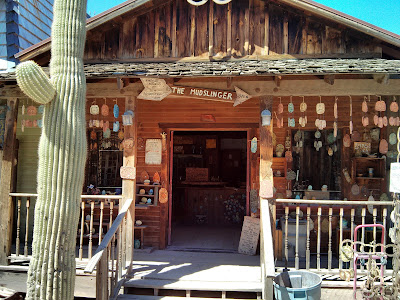 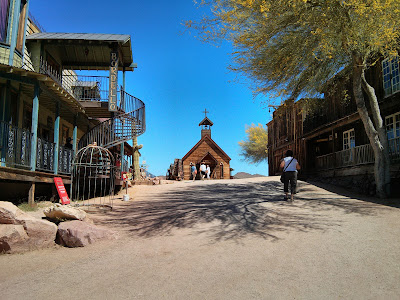