Today we woke up to 26 degrees the coldest night so far on this trip. The wind had stopped though and we knew that the day would warm up quickly. Yesterday the wind blew at a sustained 35 to 40 miles an hour with wind gusts between 55 and 60 mph.  Today the high was 63 degrees with no wind and beautiful sunshine.

We decided to take a ride to Chloride, New Mexico. It’s a ghost town with about 22 permanent residents besides some interesting old buildings, the town is best known for the Pioneer Store that was built by Mr. Dalglish in 1880. He operated the store through the silver boom years of 1880 through1897. A post office was opened at the front of the store and in 1882 the area newspaper, the Black Range, was published in the upstairs. In 1908 the James family bought the store and operated it until 1923. The family had six children three boys and three girls; Chloride was rumored to be the next boom town because of the mining in the area. Mr. James became the owner of one of the mines in the area, he was killed in a mining accident a few years after coming to Chloride and at the age of 14 the eldest son became the man of the family. In the coming years the daughters would own a millinery store  and an alteration shop and the boys went on to become mine owners  ranchers and loggers, they also owned two stage lines one a passenger line the other a supply line. They also owned stores in nearby towns and the supply company that provided the supplies to the stores. The ranch land included everything east of Chloride all the way to Truth and Consequences and the logging property was west into the Gila Forest needless to say they were very successful and very wealthy. The town went bust after about 20 years but the James family had such an investment in the area that they stayed until 1923 using the store for a commissary for their mining, ranching, and logging employees and for the few remaining townspeople. In 1923 the last of the remaining family walked out of the store locking the doors for good, leaving everything intact. The thought was that after the young James son, Edward Jr. received his education he would have a business to step into, instead he became a scientist and worked for a time out east than at Los Alamos and finally at the Livermore Labs in California. So in 1989 he sold the store to a retired couple who restored the general store and opened it as a museum. We toured the store and met the daughter of the current owners. Everything you will see in the photos was left in the store the day it was closed by the James family.

On the way to Chloride we passed the Ladder Ranch and later found out that the owner is Ted Turner. The Ladder Ranch is a 156,439 acre property and has some of the greatest wildlife diversity of any Turner ranch. Nearby is another one of Tuners ranches this one a 362,885 acre. Ted Turner owns a total of fourteen ranches in the United States and is the second largest private land owner. 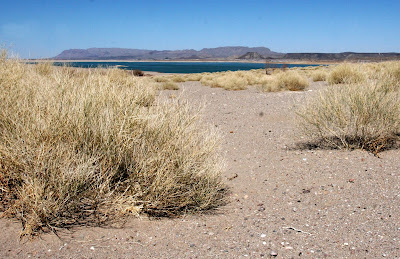 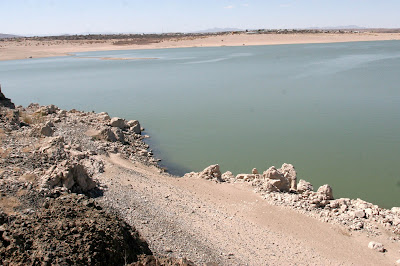 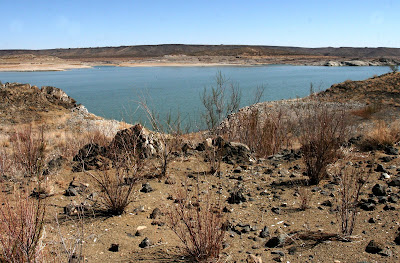 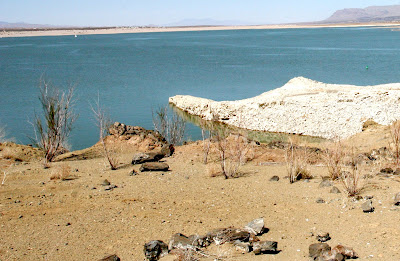 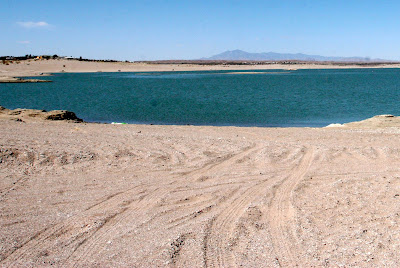 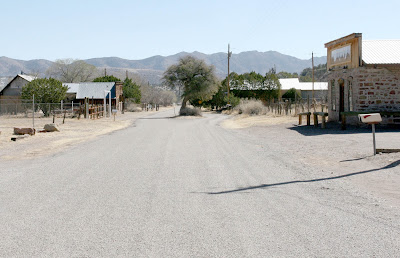 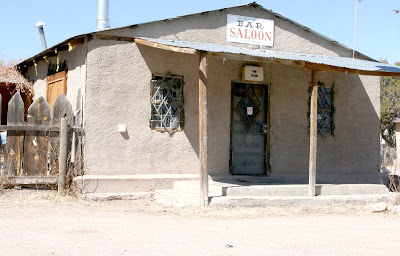 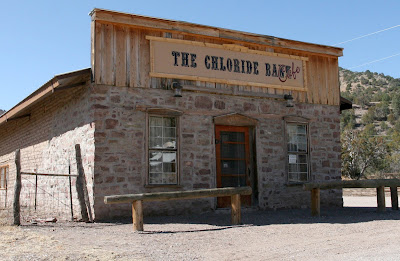 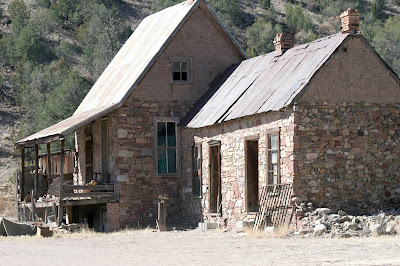 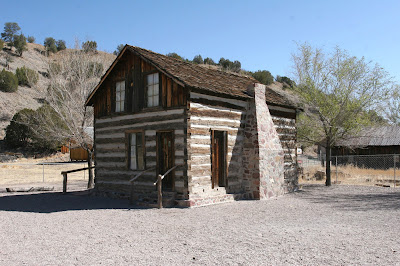 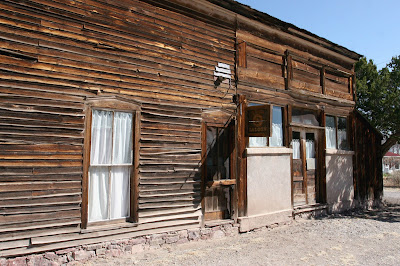 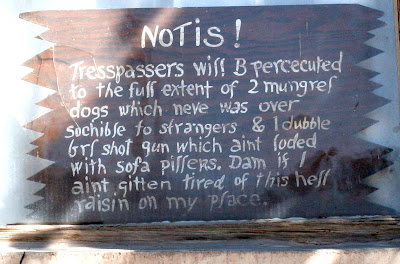 Notice in the Saloons window 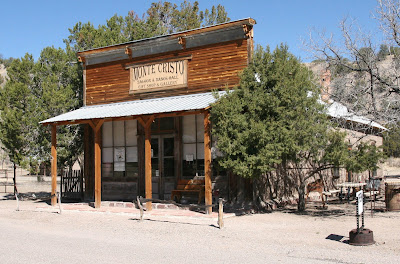 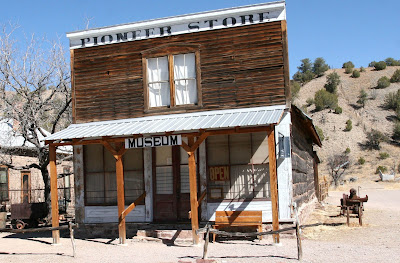 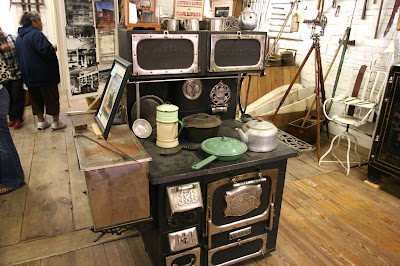 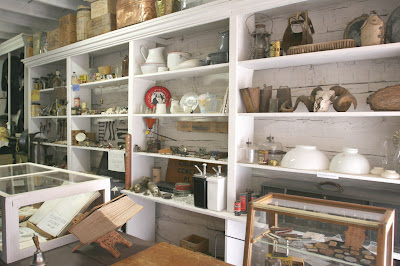 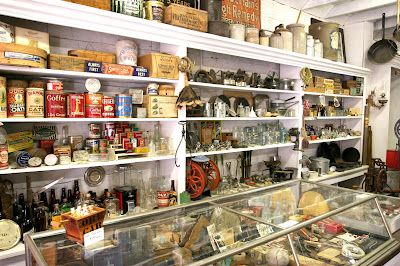 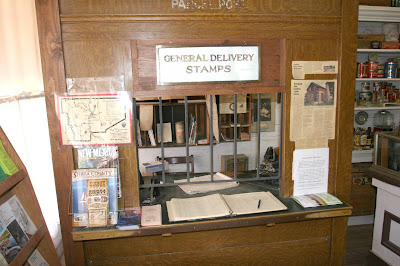 Post office in the front corner of the store 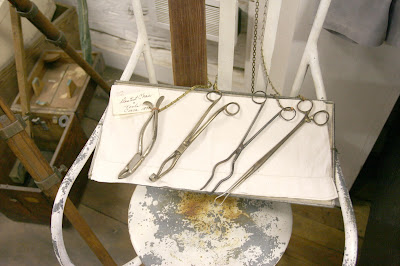 Who said the pioneers weren't tuff, look at these dental tools and chair. 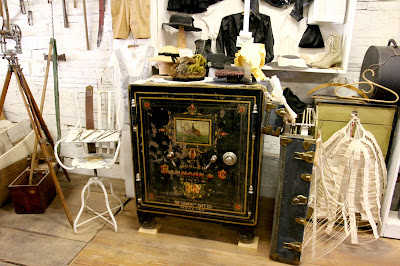 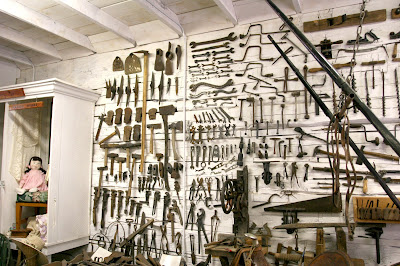 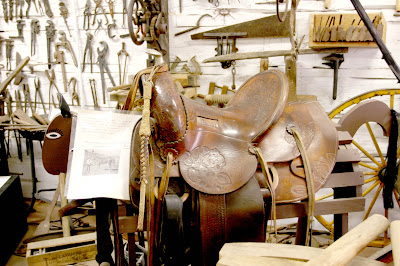 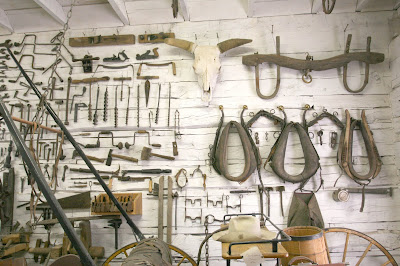 This little store stocked everything one needed to maintain a homestead.