Back to the Coast


We left Junction City after the wedding and headed back to the coast. The road we took to the coast was not made for RV travel. It was very narrow and winding in spots, we were much relied when we finally made it to the coast. We spent the next two days camped at Tillicum beach at a Federal Forest campground. It was very nice and right on the ocean. The first day we got together with my brother John his wife Barb and daughter Jessie. They had rented a house on the beach for the week and were only six or seven miles from us. They stopped over to see our site and we had a BBQ lunch and then took a walk on the beach. It was chilly on the shore but the sun was out. Later that afternoon Chris and I drove over to their rental. They had a very cute two bedroom round house right on the ocean with wrap-around views it was very nice.

We drove up to the town of Newport which was large enough for a Wal-Mart. I needed to refill a prescription and that was the nearest place. On the way back my sister Judy had arrived with her family for their week at the beach. She had rented a large five bedroom home on the beach for the week. The views were fantastic. We stopped for a short visit and to say our goodbye’s as we were leaving in the morning and would not see them again until everyone was back in Minnesota.

We left this morning at 8:00 in the thick fog. There were spotty section along the coast where the Sun was out and no fog to areas of very foggy. Didn’t travel very far and were off the road for the day by 11:00. We are inland from the coast a little ways at a state park. We have a nice site and it’s much warmer than the coast and less windy as well. 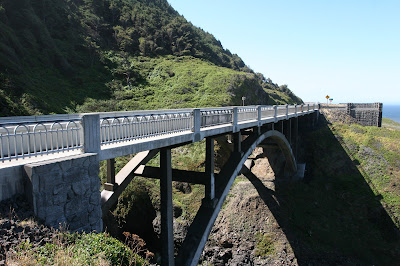 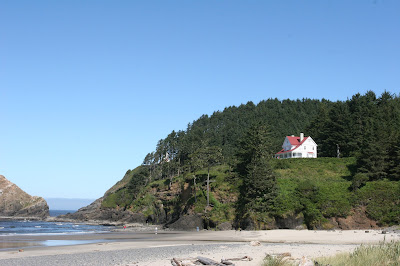 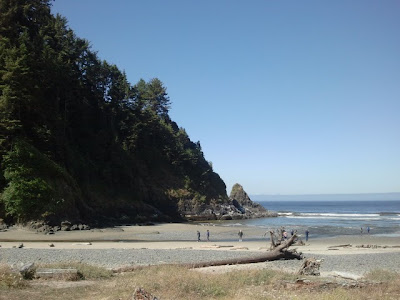 people enjoying the beach at one of many pull offs 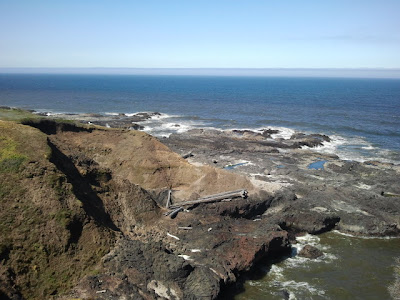 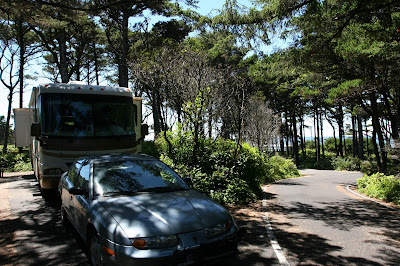 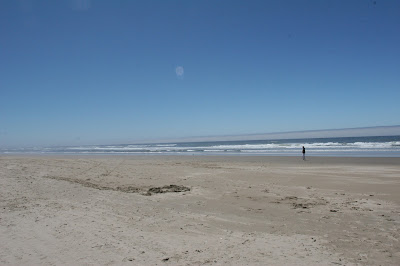 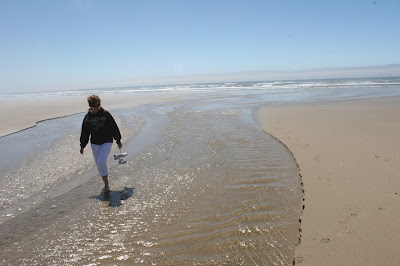 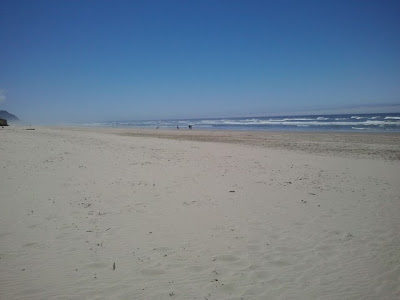