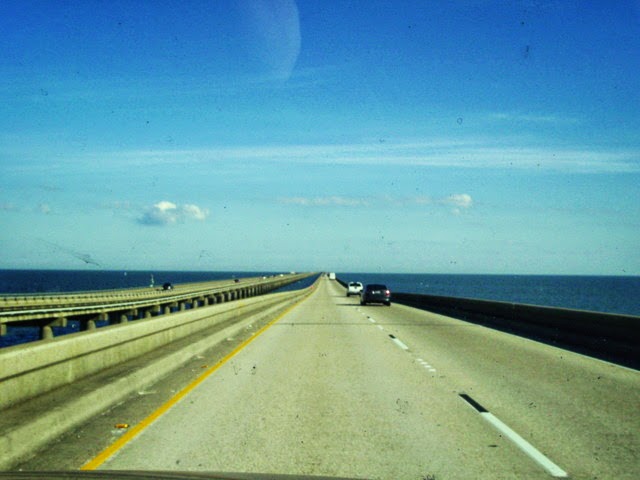 
Today we decided to drive the causeway which is the world’s longest (continuous over water) bridge. From shore to shore it is 24 miles long. There are a few cross overs should you freak out and have to head back. God forbid you have a flat tire or engine problems because there is not much room to pull over. There are a few police and tow trucks stationed along the way and a simple *27 on your cell phone will have them scrambling your way. At the end of the causeway is the town of Manderville which appeared to be a very nice town. We stopped and had coffee and let our nerves settle down a bit before returning back across the bridge. We spent the rest of the morning driving through the neighborhoods on the north side of the city. I can honestly say that we saw the majority of New Orleans these past four days. 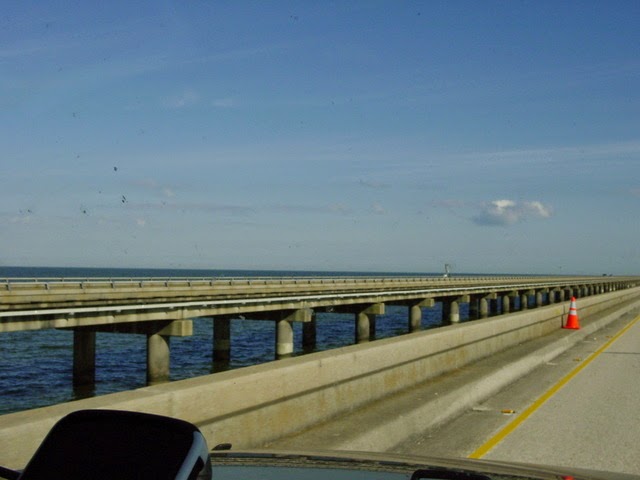 No room to stop or pull over 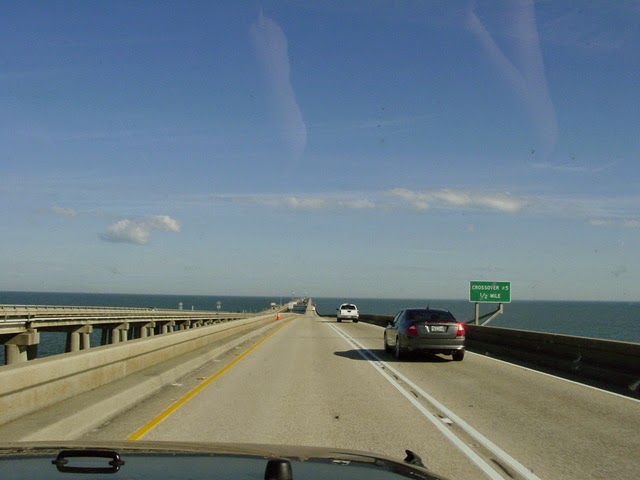 We had lunch in the garden district which is similar to our Upton area. We ate at a sports bar which had football games on eight different TV’s and as luck would have it the Gopher game was on one of them. I didn’t get to see much of the game but did manage to catch the end. At least Minnesota has something to be proud of again. Go Gophers.

As we were heading back to the RV we stumbled upon a large festival taking place downtown, a blues and BBQ festival. There were three large stages, lots of BBQ and great music. We wish we hadn’t stopped for lunch when we did because the BBQ sure smelled awesome. When we saw the festival we found a lot to park and decided that once we tired of the blues we would walk the few blocks and visit the French Quarter for one last time. The place is really crazy it’s just one big party all the time.

One of two weddings we saw parading through the French Quarter. This one was very large and was complete with police escorts.

Our time is up here and in the morning we hitch up and head out. Other then we will be heading north we have no idea of our destination for the day, we will see what happens.
Posted by Richard at 9:21 PM